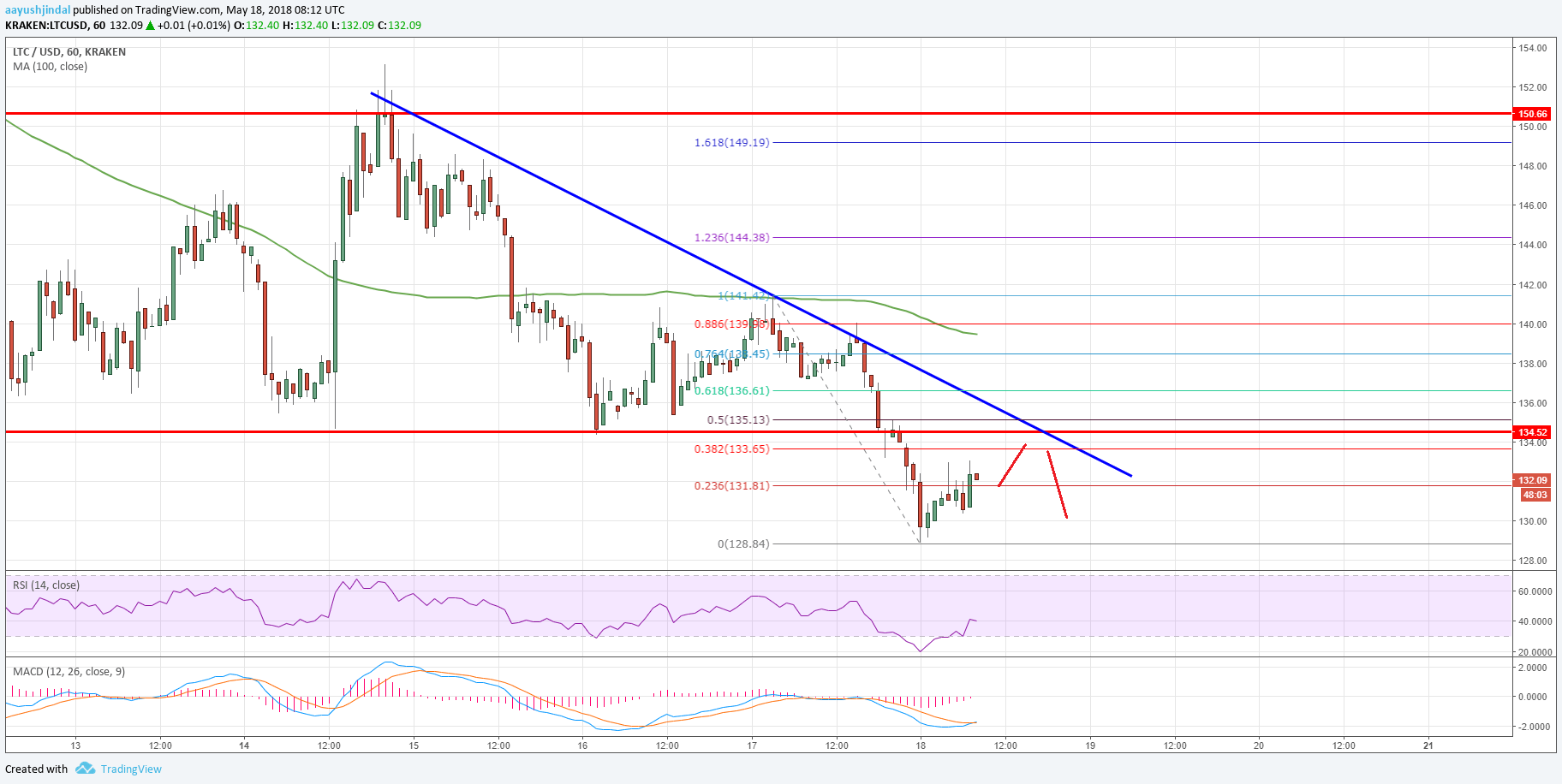 Litecoin price failed to stay above the $134 support and declined against the US Dollar. LTC/USD traded towards $128 and is currently correcting higher.

There was no upside break above $142 in litecoin price against the US dollar. The LTC/USD pair faced an increased selling pressure around $140-142, which resulted in a sharp downside move.

The stated $135 level was a support earlier and now it may well stop gains. There is also a crucial bearish trend line forming with resistance at $134.50 on the hourly chart of the LTC/USD pair.

Should there be an upside break above $135, the price may move towards the $142 resistance and the 100 hourly SMA. On the downside, the recent low of $128.84 is a short term support. The next major support on the downside sits around the $120 level, which is likely to prevent further declines.

The market data is provided by TradingView.